With all of the work around the house we've been doing, we have accumulated a pretty large pile of work clothes, many of which have gotten ripped, torn, or are just falling apart.  Yesterday I decided to tackle the growing repair pile while I had a chance.

First up, jeans with a ripped knee.  They received an iron-on patch, but I was told that that wouldn't be enough to hold it, so it went under the sewing machine, too. 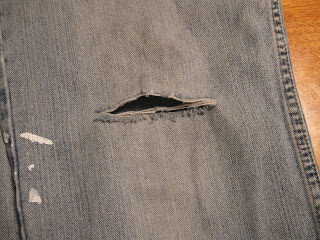 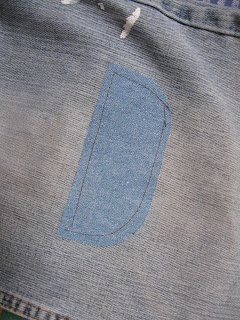 Next was a t-shirt that had a rip in the back when my husband crawled into our attic space and got hung up on a nail.  I was trying not to make an uncomfortable ridge when putting it back together, so this one got a patch ironed down with Stitch Witchery.  If you've never used it, it's like liquid needle-and-thread when it gets hot.  My 4' 11" mother used this all the time to hem her pants, so we've always had some hanging around just in case.  It's pretty handy stuff. 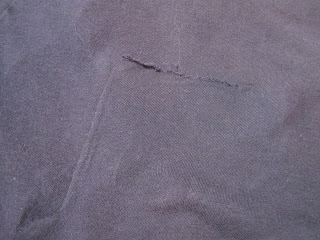 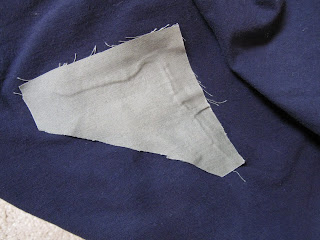 Another pair of work pants with a slightly larger hole in the knee: 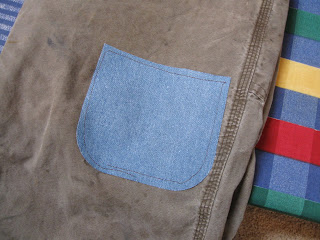 And the favorite flannel, which almost all of the buttons were loose on: 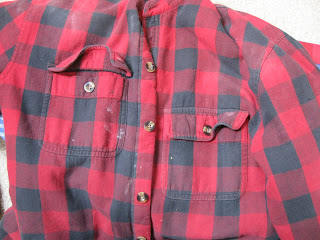 In digging through the pile and finding supplies, I came across a bag of old dog toy parts and some soft navy blue material that I got on clearance for eighty cents at Walmart.  I had always planned on making Casey a toy, so I figured that was as good a time as any since I already had everything out.  Using the Valentine's Day card method of fold and cut, I cut two heart-shaped pieces of fabric. (I was feeling brave, apparently, going with that shape.  You'll see why I say that shortly.) 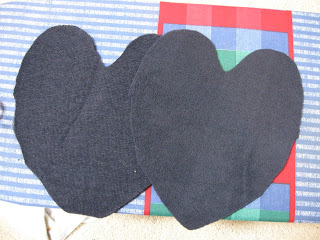 Once I sewed those together I turned it inside-out and stuffed it with all of this filling we've saved from toys long gone by, and packed two squeakers into it: 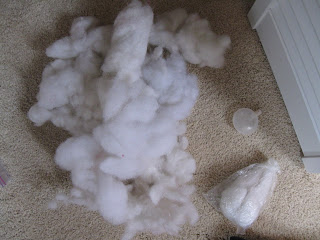 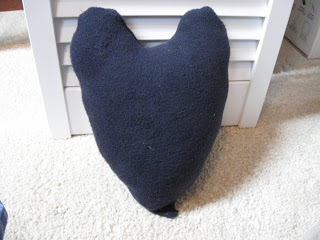 Ok, so feel free to have a laugh at my expense for my beautiful "heart".  I have said before that I'm not the most accurate or careful sewer, and again, I figure it's a dog toy, so it's not like it's going in a museum or anything.  Plus, Casey loves it. 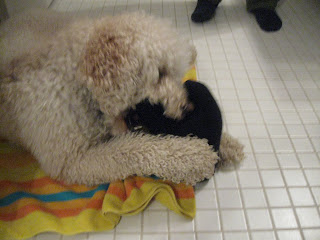 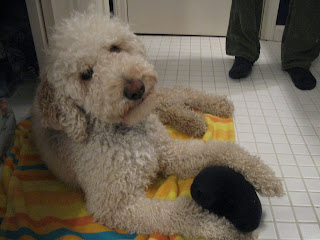 You can almost see the smile.
Labels: home