When we bought our house, the people who sold it to us were moving to a 55+ senior community, and therefore didn't need any of the yard equipment they had accumulated over the years.  They offered some of it to us to buy- like the snow blower and the lawn mower (which we did) but they also left us a whole bunch of shovels and other small yard tools, and they also left their set of deck furniture.  This was a fantastic bonus for us, given the fact that we were about to renovate the whole house and would not be buying any patio furniture.  It was a cute set and it was painted to match the house, but since it was old, it was starting to fall apart, and so we decided that now that the inside of the house was done, it would be a good time to order something new for the outside. 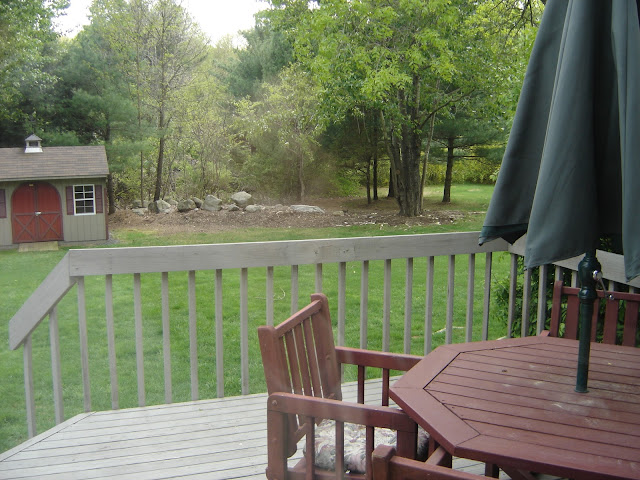 And so yesterday, three large boxes appeared on the driveway, and after bringing all the parts to the backyard for Ikea-style assembly (though the furniture is Hampton Bay from Home Depot), a few hours later we were done. 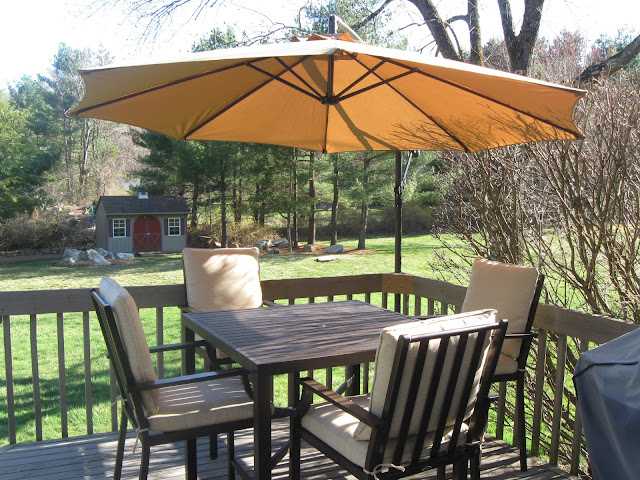 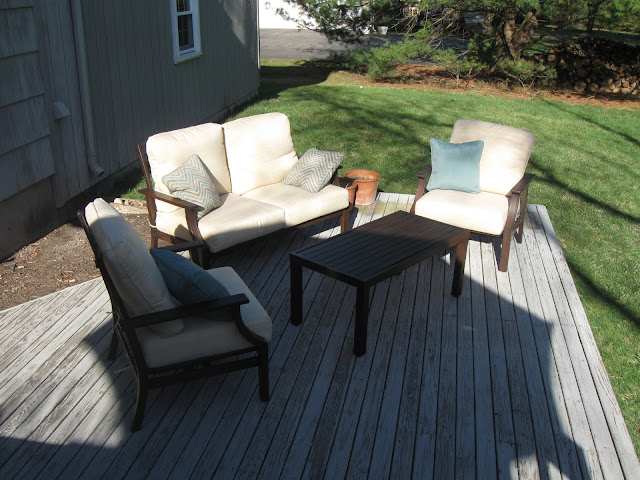 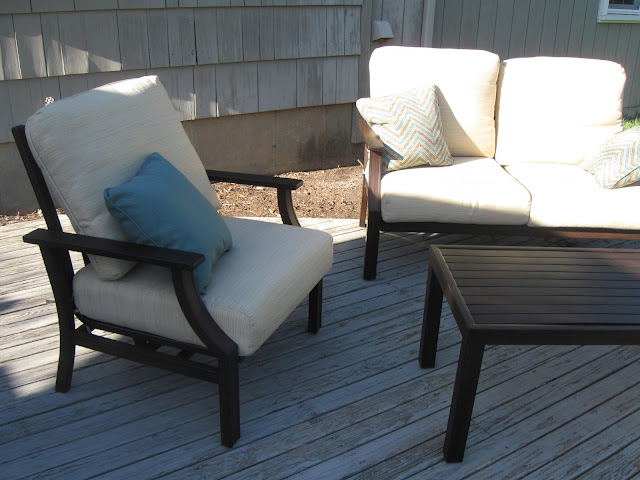 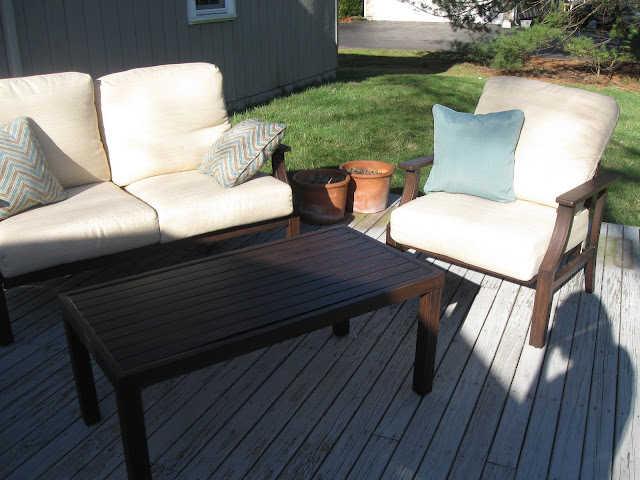 We threw out two old wood benches that were on the lower part of the deck in order to make room for a more comfortable and inviting sofa set.  We bought a swivel umbrella and hubs rigged it up in the corner of the upper part of the deck, so now we can eat and be able to look at each other instead of an umbrella pole.  And since it was 65 degrees yesterday, we had our first meal outside.  Now we just need to fill up the grill tank and we'll be all set.
Labels: backyard deck house outdoors patio furniture remodel