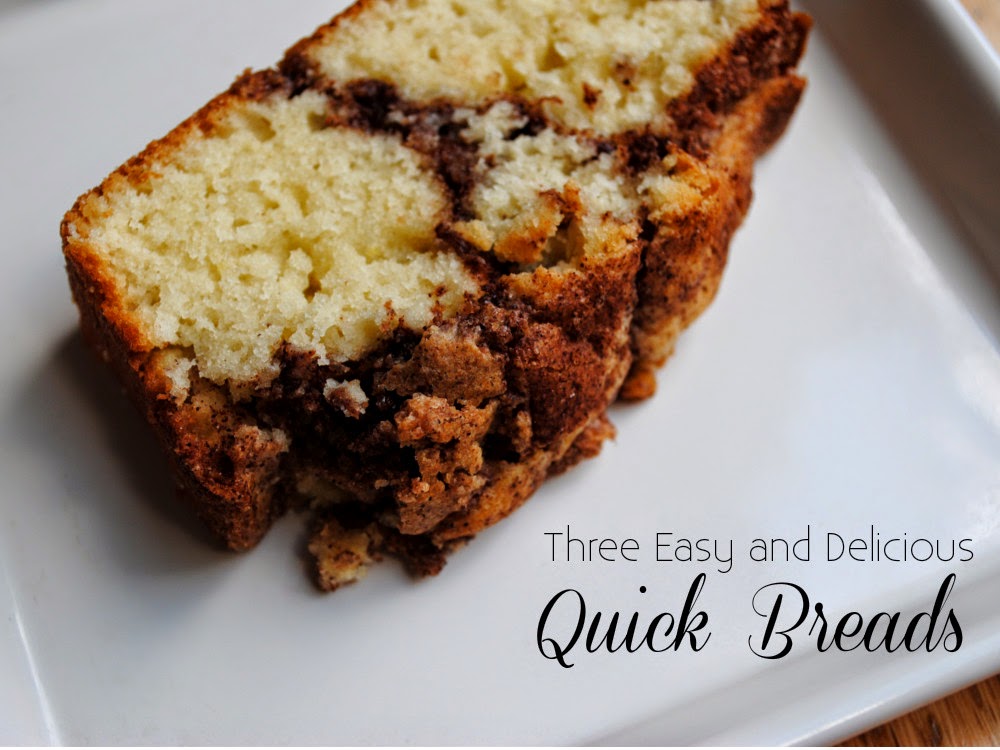 Quick breads on one of my favorite things to make, especially for gifting or bringing to a party.  A hostess or a new home owner generally appreciates something hearty yet sweet to eat, and the also make for a sweet breakfast treat.  As a bonus, they are really easy to make, bake quickly compared to regular breads, and usually only require ingredients that are in your pantry anyway.

My tried and true banana bread recipe is in constant rotation around here, as it seems I have a problem with buying more bananas that we can possibly eat in a reasonable amount of time, and before we know it we have a pile of mushy ones.  When I have just two, I halve the recipe and make jumbo muffins, with three or four I make the whole bread and we have a good snack for the week, and it makes me happy that the bananas don't get wasted.  The recipe comes from an old encyclopedia of cooking that my mom must have gotten when she got married 50 years ago, and I haven't found one that I like any better. 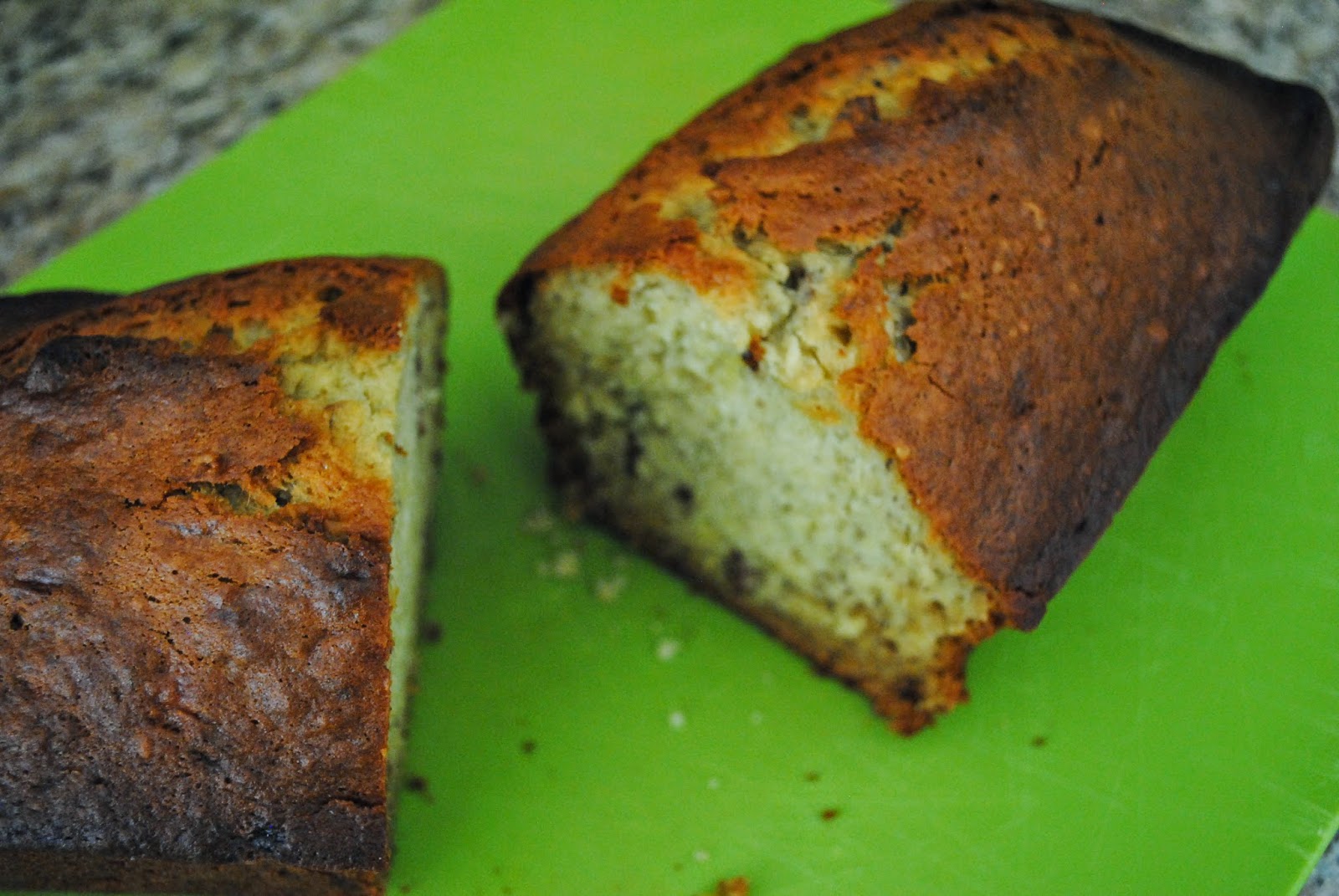 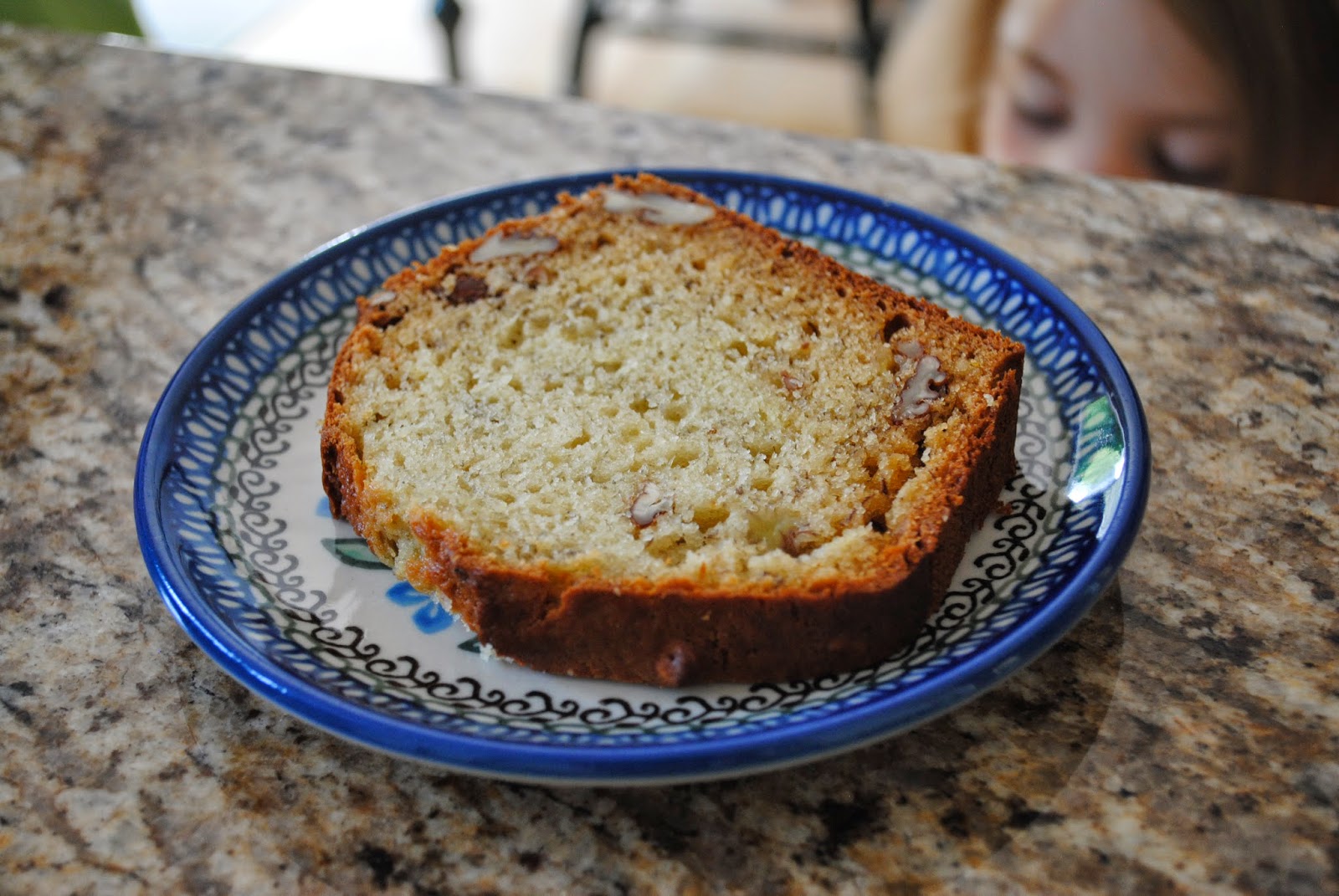 Another favorite, especially at Christmastime, is cinnamon-swirl bread.  It is so soft, with just enough sweetness mixed into a coffee cake-like dough.  While it calls for toasted nuts (I prefer pecans) it tastes just as good without them if you need a nut-free option.  I've had several people request the recipe. 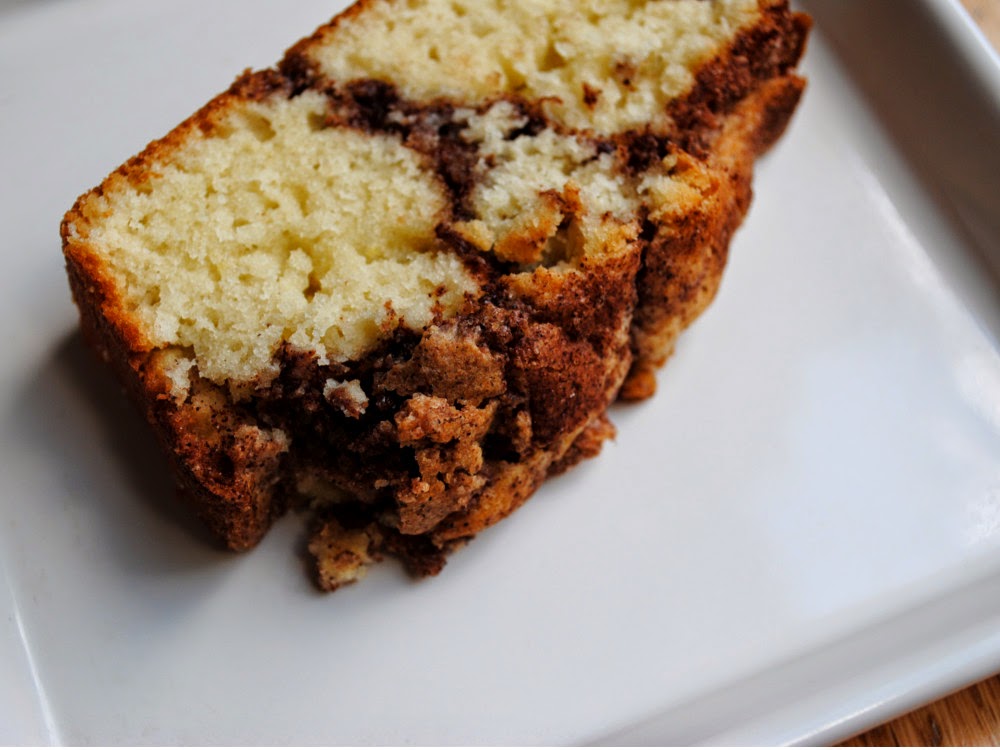 
Preheat oven to 350 degrees. Grease and flour the bottom and 1/2 inch up the sides of a 9 x 5 x 3-inch loaf pan. In a small bowl, combine 1/3 cup of the sugar, the nuts, and cinnamon; set aside. In a large bowl, combine the remaining 1 cup sugar, the flour, baking powder, and salt. In a medium bowl, beat egg with a fork; stir in milk and oil. Add egg mixture all at once to flour mixture. Stir just until moistened (batter should be lumpy).

Cool in pan on a wire rack for 10 minutes. Remove from pan. Cool completely on wire rack. Wrap and store bread overnight before slicing.  (Yea, right.) 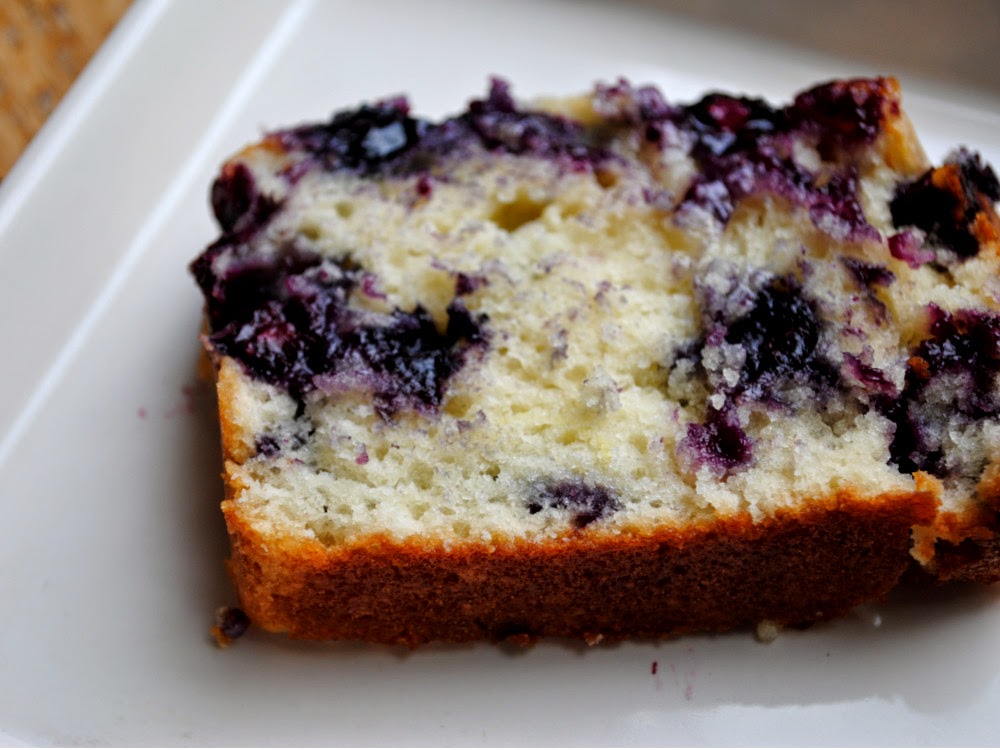 An alternate variation I just tried for this is to swap out the nuts and cinnamon and instead use 1-2 cups of fresh blueberries (honestly, I forgot to measure, but it was a lot).  Follow the recipe exactly, mixing the blueberries with the sugar and adding them to the pan half at a time.  The only suggestion I would make would be to possibly bake it a little longer since the blueberries have more moisture in them.  This makes for a delicious breakfast treat, as well as an evening snack with tea.  Enjoy!
Labels: quick breads recipe