Another Year, Another Opportunity It has been a MINUTE since I have been here in this space - I was shocked to see that I haven't posted anything since June 2017, and also that I apparently changed the name of this blog at some point and I don't remember doing that.  Regardless, hello and welcome back, and happy 2019!

It is New Year's Day for sure, but instead of going on and on about the start of the year and all the things I want to do or what my word is going to be or all the plans I have, I'm just going to give you a little update and explain why I'm back in this little arena.  2018 was a slow year for me.  I don't even remember if I went into 2018 with any sort of intentions at all, and I sure as heck didn't stick to much either, though one plan did make the cut.

My one goal was to do the Whole30 eating plan in the month of January, which I'm happy to say I did stick to.  I had been taking some medicine that caused me to gain weight (even though I was told over and over again it wasn't the medicine....spoiler, it was) and after switching to something that did not have that effect, I wanted to kick some lingering pounds and just feel better, which hadn't happened in a long time.  I'm proud to say that I stuck with the Whole30 for four and a half month, until we went on vacation to the Outer Banks in North Carolina and I found cheese grits on a breakfast menu and that was that.  But up to that point I looked and felt much better and I'm really glad I did it.  If you're reading this, today is the start of my second Whole30, to help kick the lethargy of holiday eating and get back into a good place with better-for-me foods. 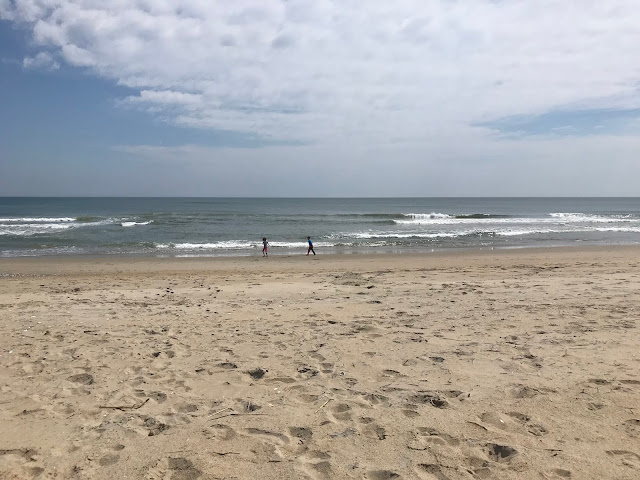 Anyway, beyond that, 2018 was slow.  It went by in a BLINK, but it was not a productive year for me or my business.  I'm totally okay with that - I think I was very burnt out from the holiday craft show season of the previous year and I needed a break.  We traveled with the kids - 3 times, to be exact - and we took in some live shows - 3 again! - which was a lot of fun.  This was also the second summer that we had a really intentional do-nothing summer, where the main goal is to make no recurring plans like camps or classes and to do pretty much whatever we like.  It was a brutally hot and also totally rainy summer, so the days that were sunny and 95 degrees, you could find us at the town pool.  We got a family pass and doing some quick math determined we needed to go eight times to make it worth it.  We went 16, so I feel like that was money well spent and my kids had a blast.  (They are 9 and 7 now, in case you lost track.  And if you did, I can hardly blame you.) 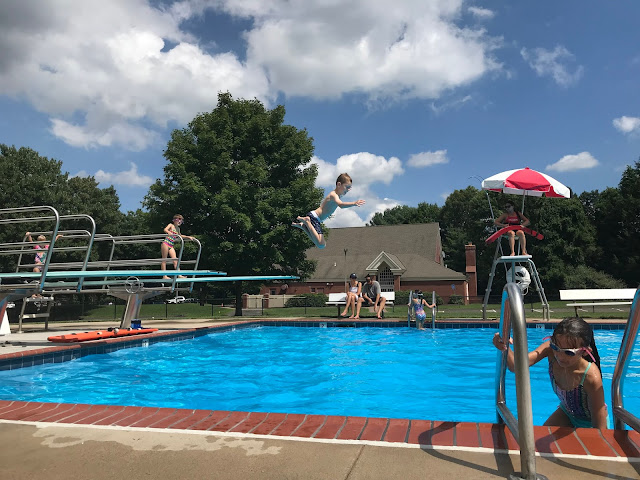 At the end of the summer I got sick.  Well, first my son got sick and he was sick FOREVER.  We went to the doctor thinking he had to have a sinus infection because he seemed to get better and then got worse, and the doctor was like, sorry, no, just a really bad cold.  He had it for four weeks.  Then my daughter got it and bless her, it lasted about a week with her.  Then they gave it to me and I had it for SIX WEEKS.  It was the worst head cold I have ever had and I ended up going to urgent care because I had had it for 3 or 4 weeks at that point and all they could tell me was nasal spray and allergy medicine to dry it up.  I napped and I slogged around the house, since the kids at this point had gone back to school, and I had to cancel my first craft show of the season because I just felt so bad and totally exhausted. 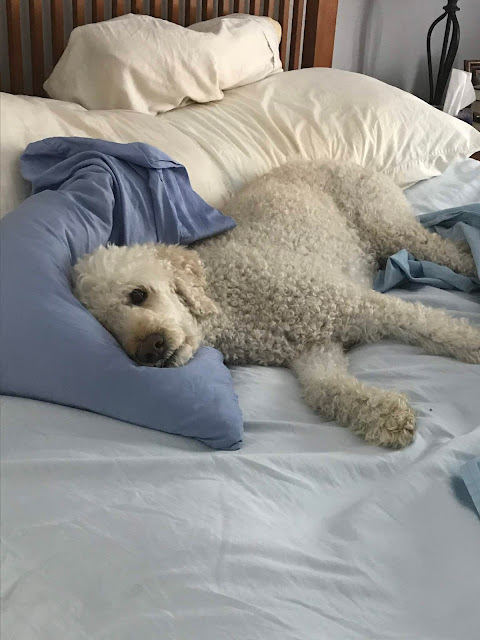 Speaking of craft shows, this year I decided to whittle down my list to the shows I really liked doing over the past few years - the ones I typically do well at.  Usually I will take on a ton of shows and try different ones out but I just didn't feel like it this year.  I stuck to what I knew and I'm happy with the overall results of that plan.  2019 will hopefully bring a few new shows to my roster but if it doesn't, I'll be okay with it.

I also didn't make as much inventory this year or try out as many new products as I planned on.  2018 was just the year that wasn't.  Toward the end of the year I was feeling like I had squandered away my time and I should have tried to do more, but by mid-December I made peace with the fact that at that point it didn't matter and I can try again in the next year.  And so here we are.

If you're still with me here, I have plans.  I'm going to try and be more intentional with my time, and be more methodical (methodical is not the right word but I can't think of the right one right now) with how I plan out my days.  Instead of trying to do huge chunks of things, I'm going to try and do a little bit, more consistently, each day - cleaning the house, listing things online, making new stock.  I plan to work on a new website and may or may not move this blog over there - I haven't decided yet.  I've been pondering a new name for both the blog and my shop for awhile, but I haven't decided there either.  But I feel good just to be thinking on it more seriously.  I also have plans to declutter our house and to try and bring less stuff in - gifts for the kids is a huge part of that that needs to be worked on.

I've done a LOT of reading this past year - probably more books than I have gotten through in a long time, plus blogs and articles - and have all kinds of thoughts on all kinds of things.  So here I am, hoping to string some of those thoughts together in a way that resonate with you and help us get to know each other, either again or for the first time.  Plus there's the consistency piece - I see so many bloggers and maker friends working hard and getting these great opportunities and wonder if I just need to work harder or if they just happen to be lucky.  Probably a little bit of both, but I'm hoping 2019 will be my year to finally take off and make a big leap, and keeping myself accountable by posting here will hopefully aid in that.

Even though I decided I was not doing a word of the year (folks tend to choose a word for the coming year that will guide their actions throughout said year), I'm sitting here writing this and this one word keeps popping into my head: persistence.  So even though I didn't plan to choose a word, I think a word chose me.  I'm going to go with it and see where it takes me.  In the meantime, please say hi in the comments below, let me know what you'd like to read this year, and let me know if you have any questions you'd like me to answer.  Let's have a great 2019.
Labels: 2019 goals persistence