To know me is to know how much I love my slow cooker.  I use it often and for lots of different purposes.  There is something so magical about prepping your dinner in the morning and having it cooked when you are ready to eat with no in-between effort.  In fact, I asked for (and received!) a new one for Christmas- a little larger size than what I already had with a timer, meaning I can now make my midnight oatmeal at 10 pm instead and not have to worry about someone turning it off when they get up for fear of it burning.  Magic, I tell you.

It is this love that sends me to Pinterest to find new combinations to throw in the pot.  We are fans of Mexican fare, so when I came across a recipe for cilanto-lime chicken, I had to try it out. 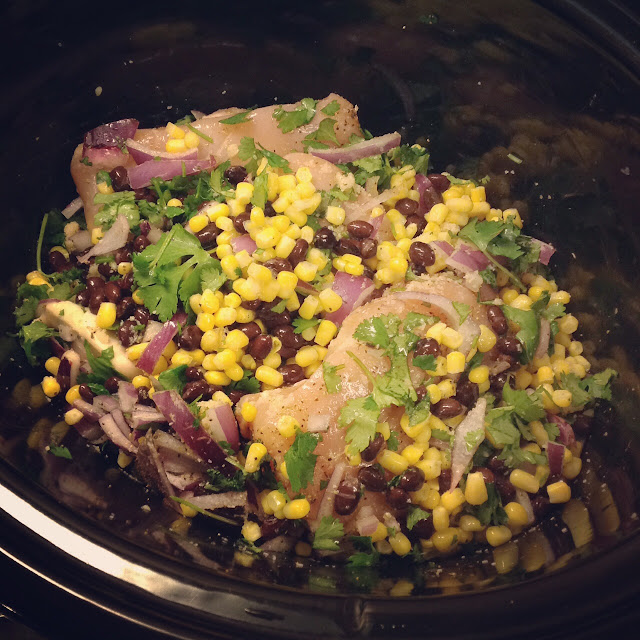 Billed as a "crock pot dump", meaning you literally dump all the raw ingredients in the pot and go, it's a pretty simple recipe.  The original recipe can be found here, along with nine other dump recipes.  It was really tasty and I would totally make it again, but I would tweak some things the next time I make it.

We are fans of corn, but a whole 16-ounce bag was a lot of corn, so I would either use half the bag or just make more for leftovers and use a second can of beans.  I also wished it had a little more liquid on it - it wasn't dry but everything was just at the point of being done.  Because of that I'm tweaking it a little bit, below: 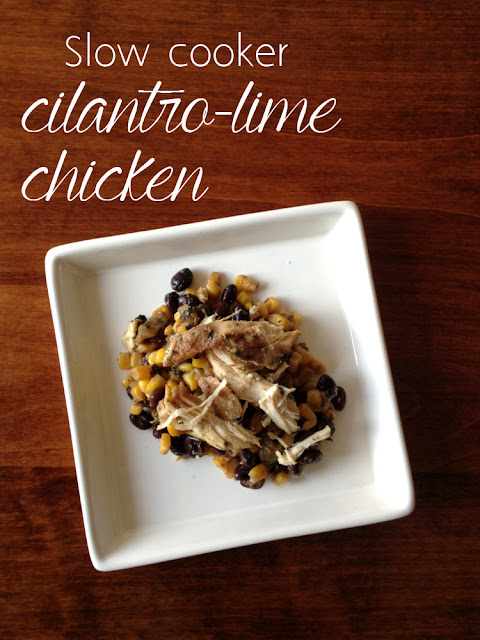 Throw it all in the pot and cook on low for 8 hours.  Shred the chicken and serve on tortillas (though we just ate it on plates).  Optional toppings- shredded cheese, tomato, avocado/guacamole, sour cream, cilantro. 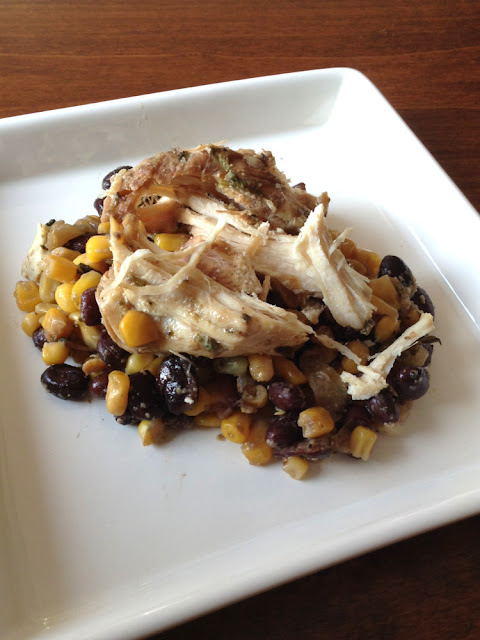 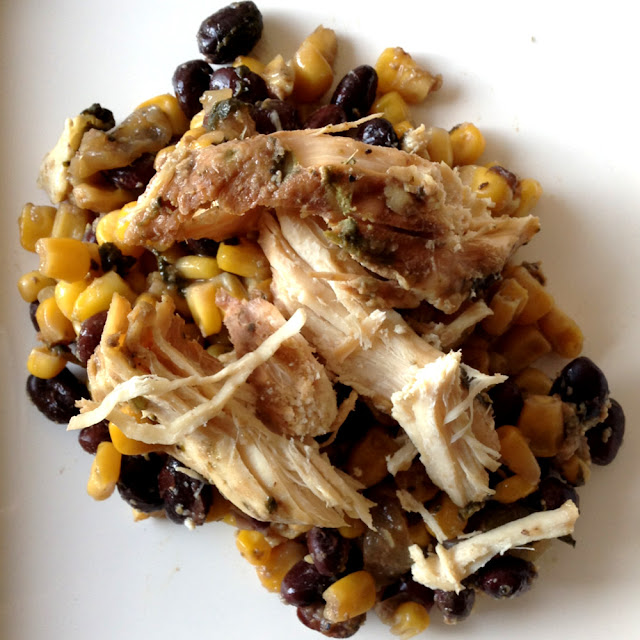 This could make for a fun pot-luck meal where everyone builds their own with the toppings provided, or just put out some guacamole and chips and go from there!